What Is an Ulcer?

What Causes an Ulcer?

For years, doctors used to think that stress caused ulcers, but now we know that is not true. In 1982, Dr. Marshall and Dr. Warren received the Nobel Prize for discovering a certain bacteria in the stomach that causes ulcers. Most ulcers in children are either caused by a bacteria called Helicobacter pylori(H. pylori) or by medications known as nonsteroidal anti-inflammatory drugs(NSAIDs) such as Ibuprofen, Advil, Motrin, and Aleve. Both H. pylori bacteria and NSAIDs weaken the lining of the stomach and the upper small intestine. This allows stomach acid to irritate and erode the digestive tissue leading to an open, painful sore.

Doctors are not entirely certain how children contract an infection with H. pylori bacteria. H. pylori may be spread by contaminated food or water, or through saliva.

Symptoms of an Ulcer 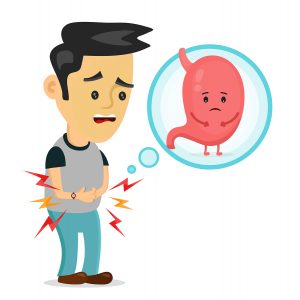 Most ulcers cause sharp, burning pain between the breast bone and belly button. The pain can occur with eating, hours after eating, or in the middle of the night. Sometimes, eating can actually help relieve pain from an ulcer. Other symptoms of an ulcer include:

How to Diagnose an Ulcer

If your child’s doctor is concerned that your child may have an ulcer, the doctor may order certain tests:

Note that blood testing for H. pylori in children is not accurate and is not recommended.

What Is the Treatment for an Ulcer?

Most ulcers are easily curable with medication. The treatment involves:

Caffeine can stimulate the production of stomach acid and make an ulcer worse, so it is important to stop the consumption of sodas, teas, coffee, energy drinks, and chocolate.

How to Prevent an Ulcer

Preventing infection with H. pylori bacteria can help reduce your child’s chance of developing an ulcer. Even though it is not completely understood how H. pylori is spread, some things that may prevent infection include:

Remember, stress does not cause an ulcer. However, if you think your child has other symptoms that could indicate an ulcer, then speak to your child’s doctor about your concerns.

If you would like more information about ulcers and gastrointestinal (GI) digestive disorders and nutrition in children, please contact Dr. Mona Dave’s Plano Office or Southlake Office.

What You Should Know About the Anatomy of the Gastrointestinal System

So that it may digest and use the food you consume, your body has an extraordinary system called the gastrointestinal or GI tract. At GI Alliance, we concentrate on the health and maintenance of this important body system. Our... Read More

Find a location that treats Peptic Ulcers near you

All locations that treats Peptic Ulcers

Bleeding or Blood in the Stool